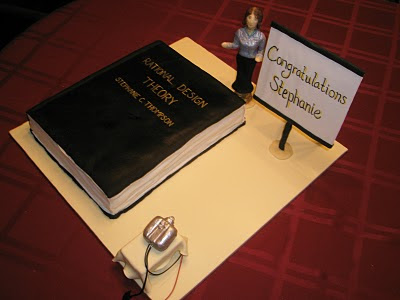 So, as you may already know, I am a graduate student at Georgia Tech.  This week, one of my dear friends in my lab defended her Ph.D. dissertation.  This event seemed to call for an awesome cake, don't you think?

This cake has several different components.  A couple weeks ago, I started working on the modeling chocolate figure of Stephanie. :) 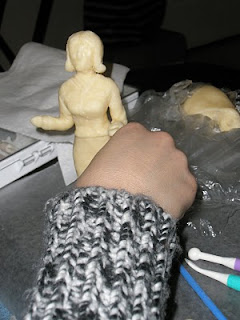 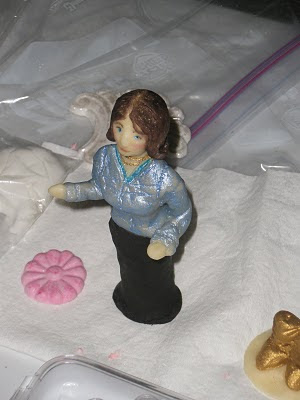 I modeled Stephanie completely out of white chocolate modeling chocolate-- you can find the recipe in Modeling Chocolate Roses.  I did NOT color the modeling chocolate itself-- rather, I modeled everything in white and painted it later using petal/ luster dusts dissolved in lemon extract.

You can see I modeled Stephanie in a skirt with a wide base (with some skewer supports), and made her boots separately.   Modeling chocolate gets softer as you work with it, so you don't want to do anything structurally delicate until the chocolate has had a chance to firm up.  I attached Stephanie to her boots using some toothpicks, once the chocolate was set up. 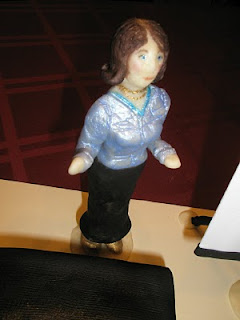 The next major component of the cake was a projector, complete with an LED that would light up.  I bought the components at Radio Shack and wired up a large LED.  Then I built a modeling chocolate projector around the LED. 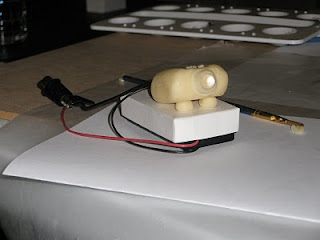 The battery pack is hidden under that little box lid, which I subsequently covered in fondant and propped up on a miniature Reeses to make it a table.  The projector was also modeled in white, and then painted silver. 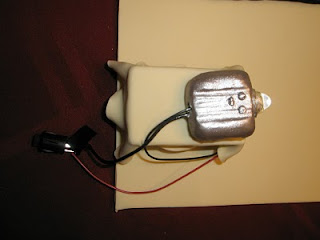 To go with the projector, I needed a screen. 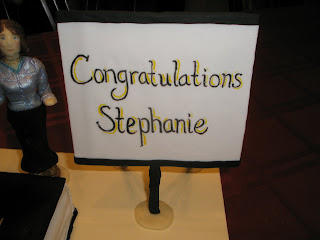 I made the screen out of fondant over cardboard, and wrote my message using edible food color pens.  I supported the screen with skewers wrapped in fondant, and anchored using some extra modeling chocolate on the fondant-covered board. 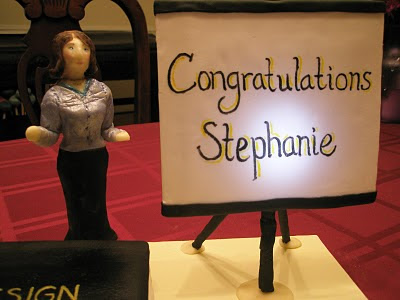 Yes, I even had the light oriented to shine on the screen.

Now, all this cake needs is a cake!

I baked a 9x13 Funfetti cake (per Stephanie's request) and I trimmed it to size and torted it.  It was filled with vanilla buttercream and covered in the same.  Then, I covered the cake with fondant to create a thesis. 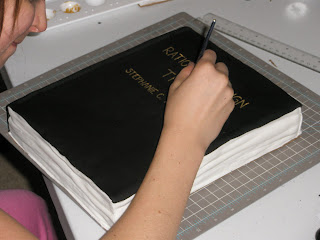 I used white strips on three sides, and textured them to look like pages using a ruler/ roller wheel.

Then, I covered the spine and front cover with black fondant, that I actually textured using cheesecloth to make it look like an old text book. 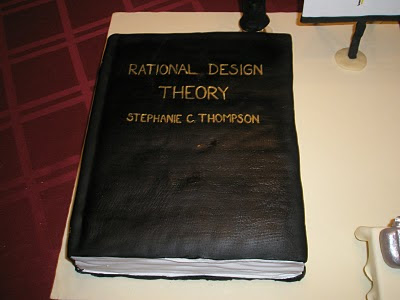 It is hard to photograph the texture, but it was pretty effective in person, I think.

After covering, I painted the spine with gold luster dust in lemon extract to look like an old book: 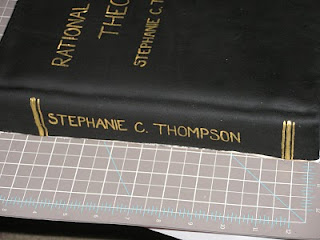 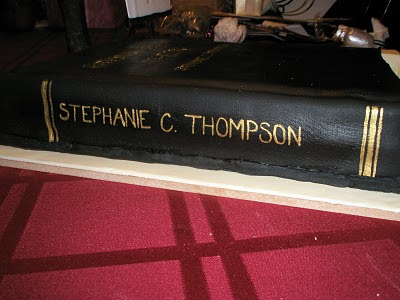 On the cover I put (part of) her thesis title, and her name again. 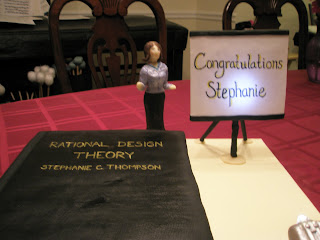 To finish the cake, I attached the thesis to the cake board, and trimmed the bottom edges with black fondant. 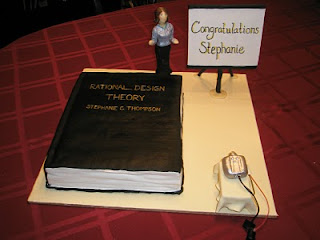 To top it all off, the cake tasted really good (buttercream with real butter and real vanilla is definite winner).  And I think her thesis committee was pretty amused (yes, I brought it to her presentation). 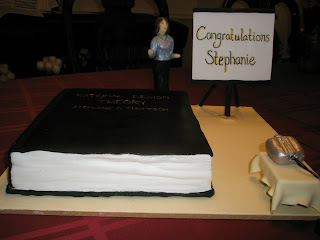 I think the cake says it all-- Congratulations, Stephanie!