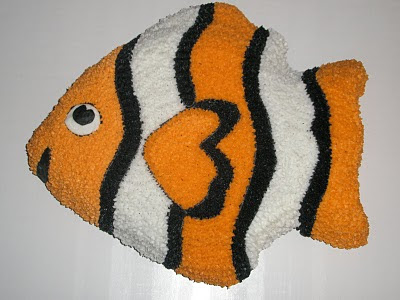 Tonight was my 2nd class in the Wilton Cake 1 series.  We covered some pretty basic piping techniques, like stars and star fill-in. 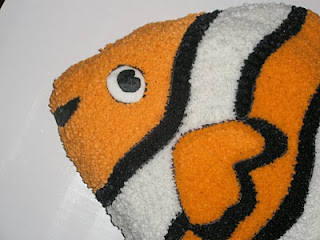 I think he wants to swim away...


Anyway, this cake was a box mix baked in a Wilton character pan-- a pan shaped like a fish with stripe features, fin, eye, etc.  Pretty much ready to go!  One of the challenges was greasing the pan adequately, because of the features and because the pan isn't nonstick to begin with. I greased the pan using a pastry brush to apply shortening, then dusted on some flour.  I also sprayed some spots with Pam Baking spray if it looked like there was insufficient flour coverage.  A couple of spots stuck just a little, but generally the cake came out great! 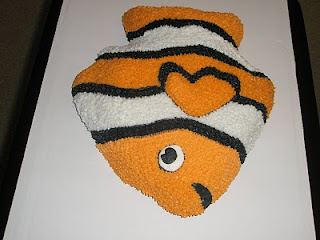 I piped black outlines on the stripes, fin, and eye using a #3 tip, and then just did star fill-in (tip #16) for the rest of the cake!  The eye and mouth were piped with round tips, and smoothed out using a little cornstarch on my finger.   It took quite a while to complete the cake-- we started it in the last half hour of class, but it took a couple hours after I got home... It's a lot of stars.  I think I'm still seeing stars. 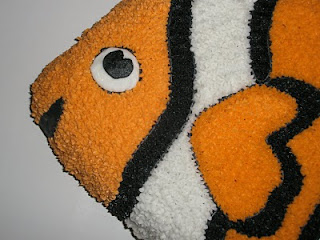 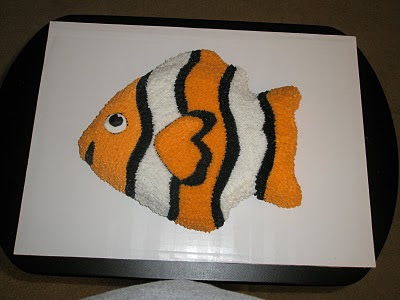 More cakes coming soon!  My birthday is next week....